It is possible, but unlikely, that a person who participated in the murder of Elbert Williams, or the kidnapping of Elisha Davis, is living. However, we will never know unless the criminal investigation is reopened and completed using state of the art forensic methods.
If a perpetrator lives, that person should face the bar of justice for his crime.  If all participants in the crime have died, then the historic record can be set straight and  questions can be replaced with answers.

Law enforcement at every level of government failed to pursue justice. Now is the best opportunity to correct that shameful failure, and to demonstrate to all Americans a commitment to the achievement of justice, particularly after after seventy-five years of injustice. We owe these heroes no less.

Kidnapped from his home by police & one civilian night of 6-20-1940, locked up, questioned about the NAACP, never

Buried the same day in an unmarked grave.

The  Hatchie, six miles south of Brownsville, from which Elbert Williams's corpse was pulled Sunday June 23, 1940. 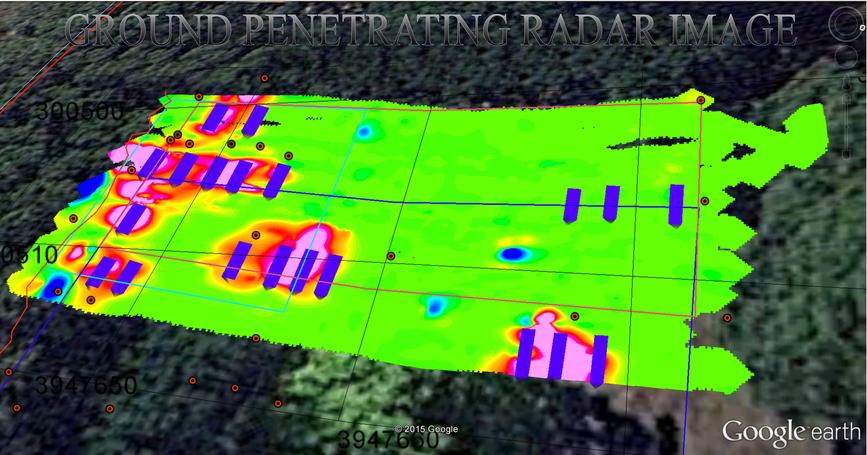 The next step to finding Elbert was a ground-penetrating radar (GPR) survey of the search area performed by Dr. Ryan North, a volunteer with Necro Search International (NSI), a non-profit organization, dedicated to assisting law enforcement in the search for the graves of murder victims. The GPR survey revealed eleven unmarked graves .

Both the UT Body Farm and NSI are the subject of books,The  Body Farm, and No Stone Unturned both available on amazon.com.
The next step in finding Elbert Williams is to develop a plan to reduce the number of graves that may be Elbert Williams’s to one or the smallest number scientifically possible.
A DNA match has been obtained that will allow the positive identification of any remains found to be those of Elbert Williams.
The final steps, exhumation and forensic scientific analysis of Elbert Williams’s remains to determine the cause of his death, require a court order, and would be done with dignity and respect, using state of the art science, and in strict compliance with all requirements determined by the court.
If bullets were found, ballistic testing to identify the weapon that fired the fatal rounds may be possible.
After completion of post mortem analysis, Elbert Williams’s remains will be reinterred with dignity and respect, his grave  marked with a permanent marker appropriate for his status as a Civil Rights Hero.

After three quarters of a century, what today is justice for Elbert Williams? The short answer is, doing everything humanly and scientifically possible to solve the murder.

Buried without a funeral or memorial, without honors, in an unmarked grave, the exact location of which has been lost to time, Elbert Williams, his heroism virtually forgotten, has waited seventy-five years for justice.
The United States Department of Justice failed to pursue justice in 1942. It failed to determine the cause of Elbert Williams’s death. The Department of Justice failed to interview critical witnesses. It failed to follow up and verify information. It made no effort to determine whether Elbert Williams was killed by a firearm, and if so whose it was.
Elbert Williams’s killers mocked justice, and a community, the State of Tennessee, and the United States, turned their backs on justice, preferring to live in silence with the killers in their midst.
But justice, for murder, bears no expiration date. Medgar Evers’s body did not receive a post mortem examination until twenty-eight years after his death. Elbert Williams is owned no less.

By order of the Coroner Elbert Williams was buried immediately after the inquest. The evidence of murder his body contained was buried with him. No killer has been prosecuted. Justice has been neglected.

"It is the blood of individuals like Elbert Williams who have continued to struggle to redeem the soul of America and create the beloved community. . . the blood of the Elbert Williams is crying out saying we must not go back , we must not turn around we must go forward,  and in his name I plead with you to continue speak up, to speak out, and not let his death and the death and suffering of others be in vain."   Video tribute at Elbert Williams Memorial Service June 20, 2015, Brownsville, Tennessee

“…the dead will be waiting because a crime buried without justice is never laid to rest.” Scott Pelley, CBS 60 Minutes, “A Crime Against Humanity” April 15 2015 and August 23 2015.

John Lewis: How we won, and are losing, the right to vote 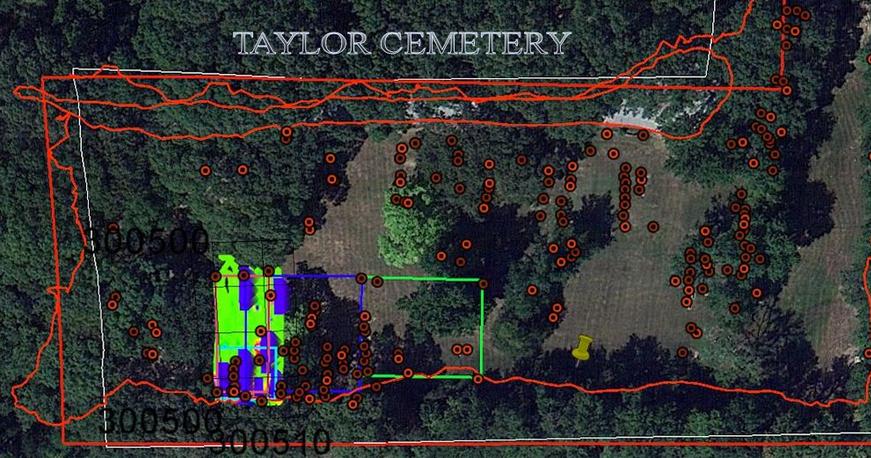 across from the site of the Sunshine laundry where Elbert Williams worked as the fireman. Following the Memorial Service June 20, 2015, the marker was dedicated by Dr. Reavis Mitchell, Fisk University President, and Chair  of the Tennessee Historical Commission.

Elbert Williams:First to Die, (a work in progress) 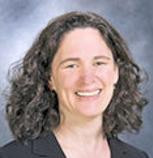 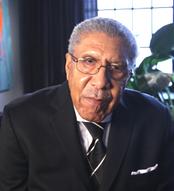 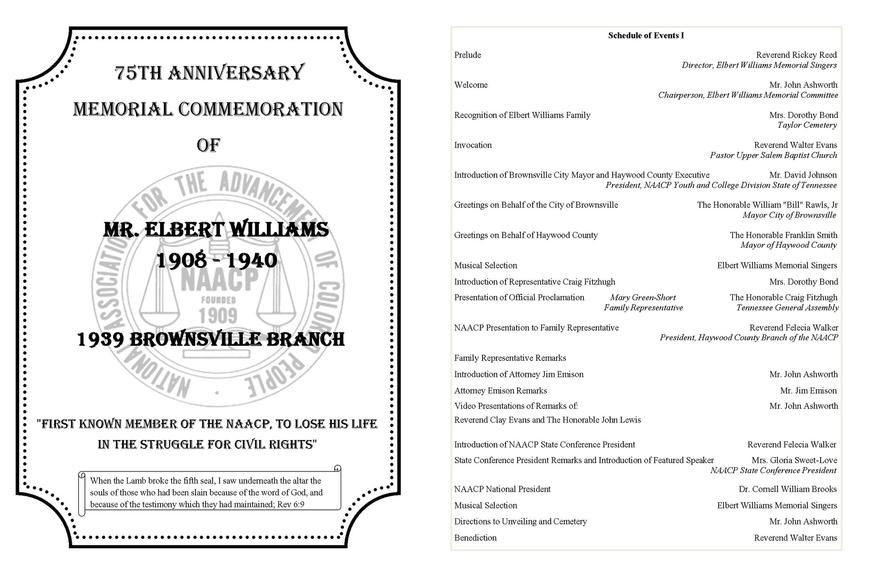 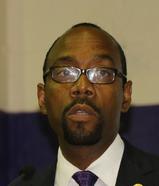 On The seventy fifth anniversary of his murder, a Memorial Service was held for Elbert Williams in Brownsville, Tennessee. The featured speaker for the memorial was Cornell Brooks, NAACP President, the service included video taped tributes from The Honorable John Lewis (D) Georgia, United States House of Representatives; the Reverend Clay Evans, Founder of the Fellowship Missionary Baptist Church, Chicago, Illinois, and Co-Founder Operation Push , Brownsville native; and remarks by Jim Emison. 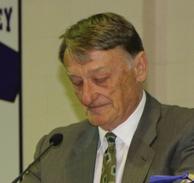 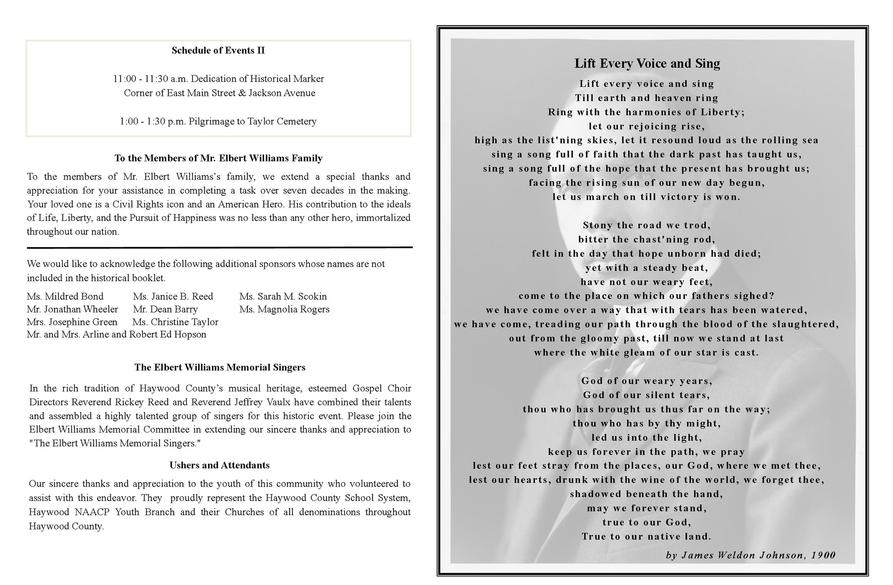 Jim Emison has assembled a team of experts, THE SEEKERS, to locate Elbert Williams’s unmarked grave the location of which has been lost to time.

On February 27, 2015, the Tennessee Historical Commission honored Elbert Williams with an official historical marker recognizing his unique place in U. S. Civil Rights History. The marker is installed one block east of the court-square in Brownsville, TN, at the corner of U.S. Highway 70, East Main Street and North Jackson  street

ONE, THE MEMORIAL SERVICE THAT ELBERT WILLIAMS NEVER HAD.

FOUR, COMPLETING THE CRIMINAL INVESTIGATION PREMATURELY CLOSED IN 1942, AND FOLLOWING THE EVIDENCE WHEREVER IT LEADS.

Jeffrey Rinek is retired as a Special Agent of the Federal Bureau of Investigation (FBI), after thirty years’ service. Jeff served in the Chicago, New York City, and Sacramento Field Offices, making the Sacramento area his home. He has been acknowledged for his work and accomplishments investigating violent crime including violent crime against children and serial violent crime. Jeff received the California Sexual Assault Investigators “Investigator of the Year” award in 2003. In 2006, Jeff was recognized by the International Homicide Investigators  Association. Jeff was the primary coordinator for the Sacramento Office addressing Crimes Against Children, the Violent Crime Apprehension Program (VCAP), the National Center for the Analysis of Violent Crime (NCAVC) also known as criminal profiling, and kidnapping. Jeff received notoriety for obtaining the confession of Serial Killer Cary Stayner in the 1999 Yosemite Murders of four women. Jeff is married to his wife Lori of thirty one years, and they are proud of their two sons, a mechanical engineer, and a police officer. They reside with their family of numerous pets in the Sacramento, CA area. Jeff is honored to have been invited, and to participate in this needed important, and historical project. The greatest honor is to have been part of the group of gifted and dedicated professionals who dedicated themselves to the timeless pursuit of justice in this matter.

Georgia, U. S. House of Representatives

The search for Elbert’s grave began with the burial record which indicates that Elbert Williams was buried in the historic, African American Taylor Cemetery, north of Brownsville. A family member believes that Elbert Williams's grave is in the area depicted in this photo and recalls that the Williams family originally marked Elbert’s grave with a milk churn that has now been broken or removed. 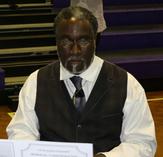 Clark Davenport's career spans more than 50 years of planning, managing, and performing remote-sensing surveys for criminal, environmental, groundwater, geotechnical, mining, and archaeological investigations on six continents. He is a co-founder of NecroSearch International, and the founder of GeoForensics International. Since 1987 he has pioneered the use of remote sensing in criminal investigations and has personally assisted on more than 85 criminal investigations in 32 states and 7 countries. He serves as a consultant to municipal, federal and foreign law-enforcement agencies including; the FBI, US Secret Service, Drug Enforcement Administration, Bureau of Alcohol Tobacco and Firearms, Spanish Guardia Civil, Mexican, Belgian and Dutch State Police Bureaus, Guatemalan Forensic Foundation, Federal Court of Colombia, Australian New South Wales Police and the Russian FSB. He serves as a Scientific Advisor to UK based InForce International.  Davenport is a decorated Vietnam combat veteran. He has a degree in Geophysical Engineering from the Colorado School of Mines and an Associate Degree in Criminal Justice from Red Rocks Community College.

Dr. Amy Mundorff, an Assistant Professor in the Department of Anthropology, at the University of Tennessee is a biological anthropologist specializing in forensic anthropology and disaster victim identification management. Much of her research focuses on managerial aspects of Disaster Victim Identification (DVI) and developing new techniques to locate clandestine burials.
Prior to entering academics, Amy was the Forensic Anthropologist for the Office of Chief Medical Examiner, the City of New York (1999-2004), where she analyzed forensic cases involving unidentified individuals and bone trauma. She helped direct mortuary operations for several disasters, including the World Trade Center attacks, the crash of American Airlines flight 587, and the Staten Island Ferry crash.
Amy also enjoyed a 5-year career right after college as a field archaeologist working on prehistoric and historic sites in California, Hawaii, New York and Jamaica. She earned a B.A. in Anthropology from Syracuse University (1991), an M.A. in Anthropology from California State University, Chico (1999), and a PhD in Archaeology from Simon Fraser University (2009).